Lucette is by Liberty Gold, double Champion of both his Stallion Licensing (2003) in Verden and of the 11 month Performance Test (2004) at Adelheidsdorf. At his Performance Testing in Adelheidsdorf, he was victorious with a dressage index of 147.75 and an overall score of 140.93. He scored 9.33 on trot, 9.5 on canter, 8 on walk, 9 on character and temperament, 9.667 on rideability, and a 9 on his willingness to work. In the Fall of 2005 Liberty Gold made history at Dressage at Devon. He was undefeated in all 7 of his classes, both in hand and under saddle. He scored an 83.9% in the class of 4-year old and older stallions shown under saddle. In the 4 and 5-year old geldings and stallion Materiale class, Liberty Gold continued to excel and scored a 78.8%. In the Hanoverian IBC 4-year and older category, he scored 84.0%, followed by an 86.27% in the Cosequin/USDF BC Stallion Championship. Liberty Gold emerged as the 2005 Grand Champion as well as the 2005 USDF/Cosequin East Coast Stallion Champion!

Lucette descends from one of the strongest dam lines in all of Germany, and is out of EM-SPA Aluette (Argentan-Donnerhall-Bolero). Imported from Germany, Aluette’s German Inspection Highlights include an overall score of 7.5, with 8’s for saddle position, foreleg, correctness of gaits, and swing and elasticity. Her German Performance Test Results include a rare and impressive overall score of 8.22 (the highest overall Mare Performance Test (MPT) scores for all mares tested in the entire US were 7.76 in 2000, 8.3 in 1999 and 1998 and 8.1 in 1997). Aluette’s scores included an extremely rare perfect 10 for free jumping scope, a 9 for free jumping technique, and 8’s for walk, trot, and rideability judges. Aluette’s grand dam produced the legendary Bundeschampion, Duvalier as well as SPS mares. Aluette produced four fillies and all have been Multiple Breed Show Champions and Award Winners. 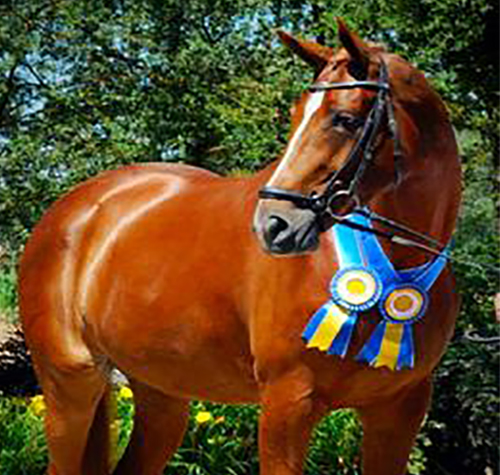 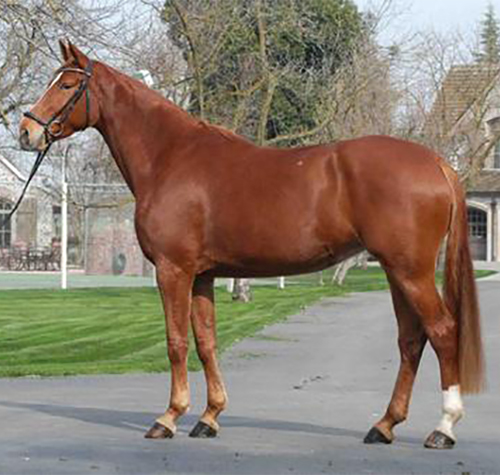 Winnifer is elite mare eligible, but was unable to obtain elite status through a mare performance test because of a training injury in 2012. Winnifer received a very respectable score of 7.5 (Elite Mare Eligible), and wowed the audience with a coveted 9 for Implusion & Elasticity. She definitely embodies the characteristics of the “W” line, and has spectacular, expressive movement.

Her sire Wolkentanz I became Champion Stallion at the Verden licensing in 1993. One year later in 1994 he won the three-year-old stallions classification at the Federal Championships of German Riding Horses, and was runner-up in the stallion performance test, scoring a convincing 140.53 points in the dressage category. Wolkentanz I, is the most successful son of Weltmeyer and is considered by some breeding experts to be even better than his sire. Wolkentanz is ranked in the top five Hanoverian dressage stallions. Watching Wolkentanz perform in the Celle Quadrille is described as ‘poetry in motion’. He passes on flowing, expressive, rhythmical movements, correct conformation, charm and a wonderful mind. In 1995 Wolkentanz was honored as the best stallion of his age-group. Winnifer descends from the same damline as Lucette. 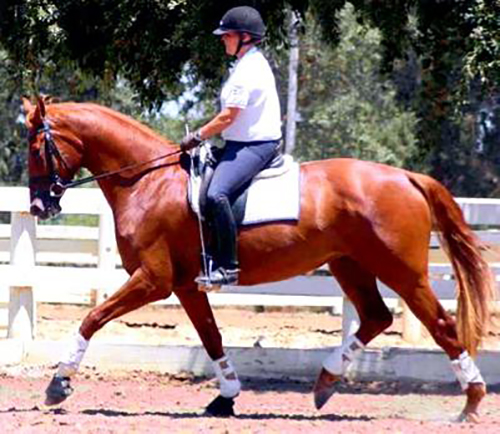 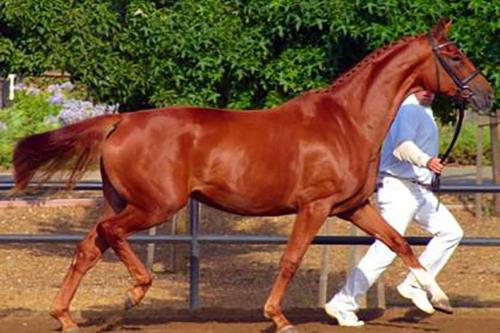